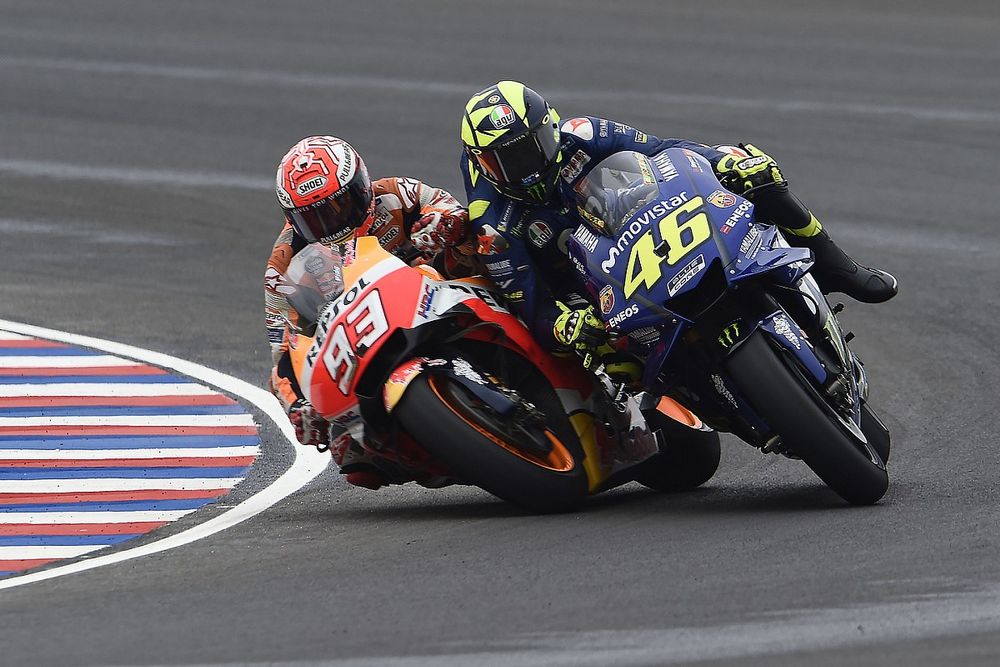 Many think he did it on purpose. Even though Marc Marquez himself has clarified it as a purely technical error. But still, it refreshes Chico Lorenzo’s memories of the past.

Who’s The Dirtiest One?

For example, during the incident between Valentino Rossi and Marc Marquez at Sepang in 2015. The two racers also “nudged” each other in order to achieve the world title at the end of the year.

But in the end, the two drivers could not stand at the top of the final standings that year. Precisely who became champion was his own son, Jorge Lorenzo.

“As I said before, I think Valentino Rossi and Marc Marquez are the dirtiest riders I’ve ever seen,” said Chico Lorenzo, quoted on the PaddockGP page, Friday (23/9/2022).

“Valentino Rossi tried his off-track strategy when he knew he was not the fastest, but in 2015 my son managed to beat him despite all his tricks,” continued Chico Lorenzo.

But the one that made the most impression on his memory was at the Jerez Circuit during the 2013 MotoGP. At that time, Marc Marquez nudged Jorge Lorenzo’s motorbike until he finally failed to win.

“At Jerez in 2013, he (Marquez) hit my son. An act that cost him the championship in retrospect. Even in Aragon, after a year of injury, he ruined his race and Jorge ended up in hospital with a broken ankle.

Asia Sets a Record! These are Interesting Facts about the World Cup 2022 Group Phase

Brazil defeated South Korea 4-1 in the World Cup 1/8 finals . Brazil’s practice of dancing and celebrating goals in games has caused…

The Older the Better! These are the 6 oldest players in the 2022 World Cup